No Result
View All Result

The actions Thursday were done eliminate unwanted persons who do not live in the complex and deter various criminal activity, police said.

Officers and K9s Ayton, Remy and Spok checked the residency list for everyone who arrived, wishing to go in to the gate of the apartment complex.

The K9s checked the exterior perimeter of each vehicle for the detection of narcotic odors.

There were three recoveries made of marijuana and other paraphernalia. Individuals were identified and trespass warned from ever returning to the property.

There was one felony arrest after a brief foot chase when police recognized a male on a bicycle known to an active felony warrant.

After a brief struggle, the suspect was taken into custody.

Police reported the arrest of Eric Hall during the day. He is charged with felony theft. His bond is set at $20,000.

“Random operations such as this greatly improve the living environment of the apartment complex and drastically help deter unwanted persons,” a Port Arthur Police statement read.

“It also allows officers to address other violations observed such as unrestrained children, no child safety seats, driving violations and other traffic offenses. There were several vehicles who, upon seeing the police at the gates, chose to continue driving and not approach the gate. It’s a win-win situation for both the residents and the police department when crime can be avoided and suppressed.” 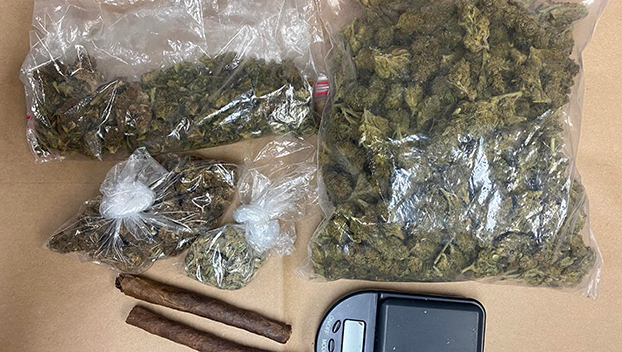 Port Arthur Police released this photo of what authorities said was discovered during Thursday’s checks.

Shoemaker remanded to prison over marijuana

Back pain? That’s no match for CBD oil!

What you need to know about CBD from an industry insider: Health Yeah! With Monica Robins

CBD is Everywhere, But Who's Regulating It?

What you need to know about CBD from an industry insider: Health Yeah! With Monica Robins

ADVERTISEMENT
No Result
View All Result